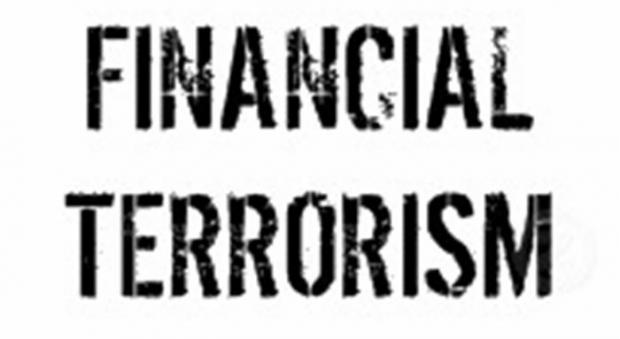 Chicago Mayor Rahm Emanuel, moving to take a lead role in the gun control debate, is turning up the pressure on banks that do business with firearms manufacturers.
Emanuel is sending letters to two major financial institutions, TD Bank and Bank of America, which offer lines of credit to gun makers suggesting that they stop lending money to the manufacturers if they don’t come out for new gun restrictions.
“TD Bank currently aids the gun manufacturing industry through a $60 million revolving line of credit with Smith & Wesson, a gun manufacturer that produces the AR-15 — an assault weapon that was used by James Holmes to kill 12 people and wound 58 in a crowded movie theatre in Aurora,” Emanuel’s missive to TD CEO Bharat Masrani states. “I ask you to use your influence to push this company to find common ground with the vast majority of Americans who support a military weapons and ammunition ban and comprehensive background checks.”
Noting that Chicago’s municipal employees and teachers had already divested money in pension funds from gun makers that are opposing new gun laws, the White House chief of staff-turned-mayor wrote: “Now we need you and other commercial banks to join this fight for safer streets. Collectively we can send a clear and unambiguous message to the entire gun industry that investors will no longer financially support companies that profit from gun violence.”
(PHOTOS: Will these guns be banned again?)
Emanuel sent a similarly worded letter to Bank of America CEO Brian Moynihan, a bank that does business with Sturm, Ruger & Co.
Emanuel’s lobbying comes as gun control advocates seek new ways of leverage to restrict firearms. Such creativity could be imperative with the NRA preparing a stout lobbying campaign and a wall of opposition from most congressional Republicans and some Democrats.
Emanuel, President Obama’s first chief of staff, did a stint in finance in between political jobs and has deep connections to the banking world thanks to his background in fundraising as a campaign staffer and time as head of the Democratic Congressional Campaign Committee when he was in Congress.
Now he’s talking tough to the industry.
“Doing business with gun manufacturers might benefit the banks’ bottom line, but they put our police officers, our children and our communities at risk,” said the mayor.
Emanuel’s volley comes as the National Conference of Democratic Mayors has issued a warning of their own to gun makers. The mayors, who collectively purchase millions in firearms and ammunition for their police departments, said they’ll begin grading manufacturers on their compliance with public safety goals and reward those they rate the best and limit purchases with those who oppose regulations.