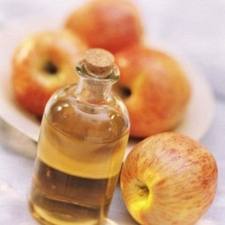 Drinking apple juice or ingesting apple cider vinegar are ways you can fight infections and contribute to your overall good health. Apple cider vinegar is a natural, bacteria-fighting agent that contains a number of essential minerals and trace elements known for fighting off colds and related symptoms. According to the Mayo Clinic, most people can expect to be sick with a cold for at least one to two weeks, but home remedies can temporarily relieve symptoms.

Take a teaspoon of apple cider vinegar in 1/3 cup of water twice each day as a preventive measure during the cold and flu season.

Gary McKee: what it takes to run a marathon a day for a year