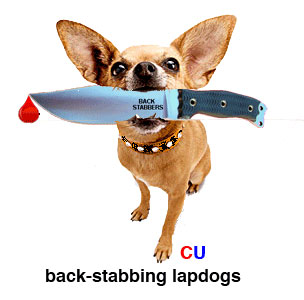 On the first day of the 113th Congress, eight gun control bills were put forward in the United States House of Representatives. House Resolution 21, or as it is titled “NRA Members’ Gun Safety Act of 2013.” It was re-introduced by Representative Jim Moran (D-VA), which would require background checks for all gun sales. It would also require gun owners to report when their guns have been stolen.

That’s right. If you are a member of the NRA, Congressman Moran has taken it upon himself to tie you to his gun control legislation, which would require universal background checks of all sales and transfers of firearms, even private sales between two individuals in the same state. Clearly this is a violation of the Federal government’s powers and it is disingenuous for Rep. Moran to write such a bill and link NRA members to it.

Freedom Outpost contacted the NRA-ILA to see if they had a response to this particular piece of legislation. So far those calls have not been returned, as many calls are backlogged due to the flood of legislation that is being put forth in Washington. However, Chris W. Cox did respond to the issue of Universal Background checks last week.

On January 24, 2013, the legal division of the National Rifle Association posted a statement with reference to an article that appeared on TheHill.com which asserted that Senator Joe Manchin (D-WV) was working with the NRA on a bill that would implement universal background checks. The NRA’s Chris Cox flatly denied such accusations, issuing the following statement:

Rep. Moran does not provide evidence that this is supported in any way by NRA members or by the NRA itself. It seems that Democrats who want gun control legislation, which is and assault on the Second Amendment, will do anything and say anything to get their way.

If you are upset that this legislation, in effect, bears your name, call the NRA and demand they speak out against it and then call Congressman Moran’s office and demand that he stop attacking the Constitution and stop misrepresenting NRA members.

Send him an email here.

FYI - in the 1994 race for Arizona US Senate the NRA hosted a gathering of gun rights advocates informing us that they needed to support then congressman Jon Kyl in his vote for the Assault Weapons Ban (Crime Bill) to make sure that he beat the Democrat (what's the difference?)

After his vote the NRA gave Jon Kyl an "A" rating..... this was the rise of S.A.F.E. www.SAFEgunowners.org. (Oh and we had lots of Payback - link text
Make a Comment (1) • Email Link • Send Letter to Editor