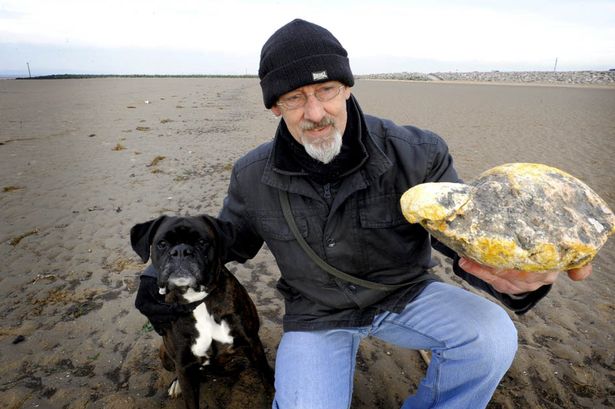 A dog walker who spotted a smelly yellow rock on a beach says discovering it was whale vomit was like finding a “bag of cash”.

Ken Wilman said his boxer dog Madge found the 6lb lump, which could be worth £100,000, in Morecambe, Lancashire.

Ken only realised its potential value after an online search revealed the substance was ambergris, an ingredient used in the manufacture of perfume.

A French dealer has offered £43,000 but experts say the lump of hardened intestinal slurry from a sperm whale could be worth twice as much.

Ken, who is unemployed after hurting his back in a motorbike accident, said:“I didn’t actually realise what it was at first and couldn’t understand why Madge was so interested in it.

“It smelled horrible. I left it, came back home and looked it up on the internet.

When I saw how much it could be worth, I went back and grabbed it.