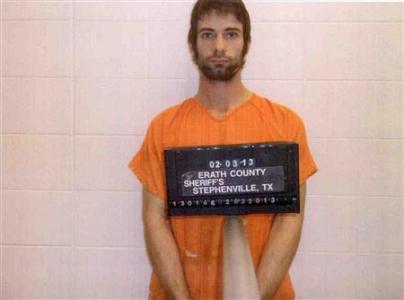 Eddie Ray Routh, 25, was accused of killing Kyle, 38, and Chad Littlefield, 35, a neighbor of Kyle, on Saturday afternoon at the Rough Creek Lodge, about 50 miles southwest of Fort Worth, the department said.

Kyle, considered one of America's deadliest snipers after killing 160 people during his career as U.S. Navy SEAL sniper, wrote the book "American Sniper" about his military service from 1999 to 2009.

Routh, described in local media reports as a former Marine who suffered from post traumatic stress syndrome (PTSD), was arrested at his Lancaster, Texas home several hours after the shooting, having led police on a chase in his pickup truck.