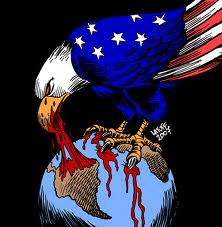 “In the most expensive initiative in Latin America since the Cold War,” reports the Associated Press, “the US has militarized the battle against the traffickers, spending more than $20 billion in the past decade.”

“US Army troops, Air Force pilots and Navy ships outfitted with Coast Guard counternarcotics teams are routinely deployed to chase, track and capture drug smugglers,” while Washington is simultaneously ”training not only law enforcement agents in Latin American nations, but their militaries as well, building a network of expensive hardware, radar, airplanes, ships, runways and refueling stations,” and justifying it all under the drug war.

The US is building new military bases in Guatemala, Panama, Belize, Honduras, the Dominican Republic, Peru, and elsewhere.

It Is Official–the DOJ Is Weaponized

IBMs 433 Qubit Quantum Processor and Beyond