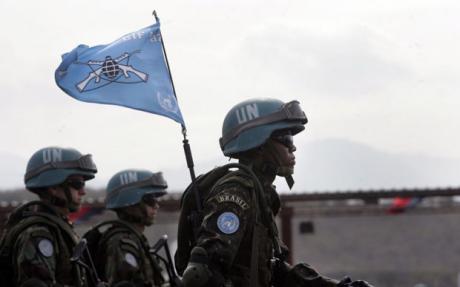 A buddy of mine just got a visit from the ATF. He had his gun rights restored about 7 years ago, and about six years ago he tried to buy a gun, was delayed so he cancelled the purchase. It turns out the ATF came by today, asked him if he had guns, he said yes and that he had his gun rights restored. He showed the ATF his paperwork and they left. I wonder if this is the President using the ATF to show that the current system doesn't work in an attempt to get "universal background checks" AKA "Universal Gun Registration."

-
-
-
Q:
And you are 100% stone cold certain that your friend told you everything that could have triggered the ATF's attention? That is optimistic at best.
A:
Here some more info. I am "100% stone cold" on this one because I spoke to the ATF agent after he left my friends house. I am an attorney and over the last decade or so have done 100+ restoration of rights/setting aside judgment of guilt (although I am a "civil" guy who hasn't touched criminal cases in over 10 years, I still do these filings). My buddy showed him the certified copy of the Order restoring his rights which of course had my contact info on the pleading because I drafted it. The ATF agent called me to verify that everything my buddy said was true.

Now I had a pretty good conversation with the ATF agent, and what he told me was that they don't "confiscate" they (1) give the person the abilty to transfer to a 3rd party with the 3rd party signing an affidavit saying that the prohibited posessor won't play with it, (2) take the weapon and charge them with a felony, (3) the person can "voluntarily surrender" the weapon with the charges not being filed (i.e. "confiscation") or the person can (4) sell it through an FFL.

I asked the agent why it took so long (the "purchase" was from 2009) and he said he was backed up, but that him and the other agents working on this usually did the more serious crimes but were just detailed to these for now. The agent seem to inidcate the problem is that some FFL release guns to people after the 3 day wait period for NICS approval and that when they find out the purchaser was prohibited they have to pick up the gun. That still doesn't explain my buddy's case though.

I called my buddy imediately after I hung up with the ATF and confirmed everything with my buddy who was laughing his ass off. Turns out the ATF agents (he said 4) kept trying to come into his house when he went for his paperwork and he kept saying "hell no" and closing the door in their face. He said that the agents were in his face pretty good and that when they saw his "papers" they backed down pretty quickly.

I won't make any conclusions, these are just the facts.