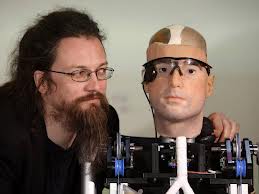 When Luke Skywalker received a perfect bionic replacement for the hand that was cut off in Star Wars Episode V, the idea of replicating human organs and body parts seemed far-fetched.

Thirty years later, the idea is no longer just science fiction. Scientists, among them the creators of “Rex” – the world’s most complete bionic man, unveiled in London this week – believe they can now replicate about two-thirds of the human body.

“We were surprised how many of the parts of the body can be replaced,” said Rich Walker, managing director of the robotics team Shadow, who built Rex. “There are some vital organs missing, like the stomach, but 60 to 70 per cent of a human has effectively been rebuilt.”