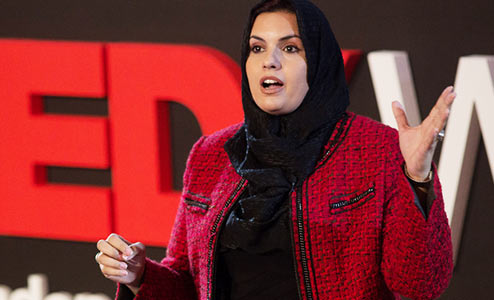 She is the cofounder of Libyan Women’s Platform for Peace (LWPP), a pressure group/movement advocating for women’s socio-political empowerment and peace-building. In conjunction with Karama and the UN Women, she coordinated the Libyan Women’s Political Empowerment (LWPE) program, aimed at empowering women in Libya to become active participants and leaders of political, economic, and social reforms, and to ensure that gender equality and women’s rights are fully integrated in democratic transition, including in governance processes, legislation, and policies. Langhi led LWPP’s initiative of lobbying for the introduction of the zipper list (alternation of males and females in political parties) in the election law, which has secured 17.5 of the seats in the National Congress.

Langhi co-produced and presented a TV program on the elections of the National Congress and the democratic transition in Libya.