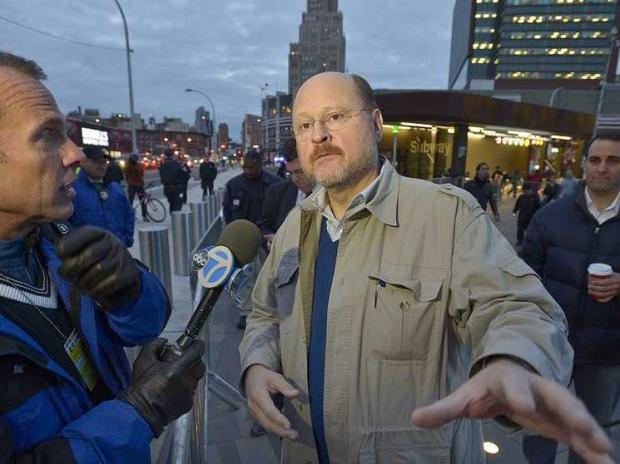 Lhota, who also served in the Giuliani administration, is entering a crowded field in this race. On the Republican side, he faces billionaire CEO of Gristedes supermarket, John Catsimatidis, who has promised to deploy his fortune for the campaign.

The Democratic side is stacked with veterans — former Comptroller Bill Thompson (who took on Bloomberg in 2009), Public Advocate Bill de Blasio, and powerhouse fundraiser and City Council Speaker, Christine Quinn.

That isn't scaring some big names (and wallets) away from Lhota, though. Ken Langone, the billionaire founder of Home Depot, is one of them.

Kenneth G. Langone, the billionaire co-founder of Home Depot, has pledged his financial backing. Peter S. Kalikow, the real estate investor, has cut a big check. And James S. Tisch, the chief executive of the Loews Corporation, is on board...

Mr. Langone, a prodigious Republican donor, is even entertaining the possibility of an independent political action committee, unbound by spending limits, devoted to electing Mr. Lhota. “All I know is that Joe is not going to want for money,” he said in an interview.