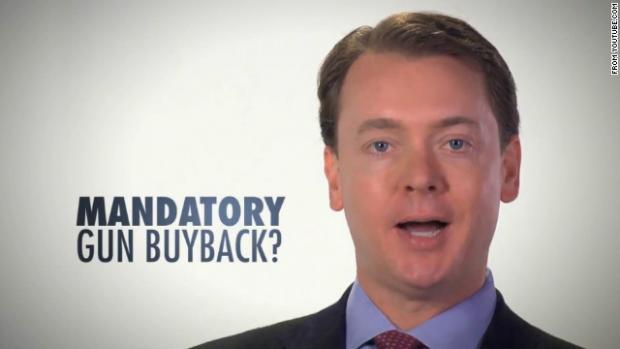 Posted by CNN Political Director Mark Preston
Washington (CNN) – The National Rifle Association will assert that President Barack Obama’s attempt to enact new gun control laws will result in the “confiscation” of people’s firearms in a new web video scheduled to run in five states and the District of Columbia.
The video went online around the time Obama began delivering his State of the Union address Tuesday. In the speech, Obama mentioned his effort to reduce gun violence through legislative means.

NRA spokesman Andrew Arulanandam told CNN that the organization based its warning on what he said is a Justice Department document, “Summary of Select Firearm Violence Prevention Strategies,” that was written in January and given to the NRA.
A Justice Department spokeswoman told CNN that she couldn’t immediately authenticate the document, but did confirm that Greg Ridgeway, whose name appears on it, is currently deputy director of the National Institute of Justice, which is the DOJ’s research arm.
“This internal Justice Department memo says ‘an assault weapons ban is unlikely to have an impact on gun violence,’ ” NRA’s chief lobbyist Chris Cox says in the video that was provided to CNN before it aired online. “Unlikely, that is, unless it comes with something else. Obama’s experts say that a gun ban, like the one being debated right now in Congress, will not work without mandatory ‘gun buybacks and not exemptions.’ ”
Cox continued, “Mandatory gun buybacks. That’s government confiscation of legal firearms owned by honest citizens.”
Cox also said the report noted that gun registration would need to be part of the equation for universal background checks to be effective.
“Requiring gun registration with the federal government, that’s an illegal abuse of privacy and freedom unprecedented in our history,” said Cox, who then urged people to call Congress and express opposition to new gun regulations.