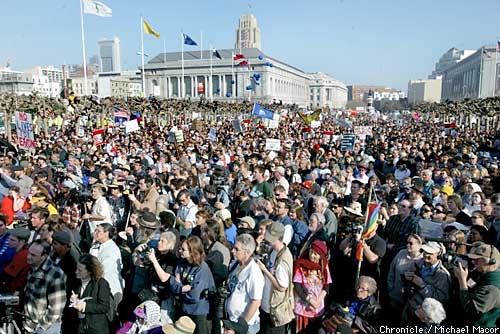 Prime Minister Boiko Borisov, an ex-bodyguard who took power in 2009 on pledges to root out graft and raise incomes in the European Union's poorest member, faces a tough task of propping up eroding support ahead of an expected early election.

3 Comments in Response to Bulgarian government resigns amid growing protests

When banks offer a good deal with the buy-and-sell-using-money idea, and they do not disclose that they are thieves in beggars' clothing, is such a thing force? Now that the treachery has run so deep in society, it is hard to retrain the thinking, and harder to know how to return to barter. And it is very difficult to change banks into something simple and honest - institutions that are simply storage and exchange houses for money, for a fee, like the online e-currencies.

Is it force when the people are kept from knowing the truth? The eyes of even the "good" media are often blinded so that they report the formal government as being the government that it is not, all the while hiding the fact that the banks are the hidden government of the whole world.

The same Internet that is unifying the banks worldwide, is also waking the people up. If the people can force the formal government, which has control of the Internet (at least to some extent), to keep the Internet open and free, things like e-currencies and bitcoin will come to them, the people. They will become freer for awhile. But the bankers will find a way around this, as well. Then the world will move into another round where the people will need to find the next bitcoin-like-something to regain their freedom again.

Is there a way to get rid of the banks while keeping their advantages - ease of exchange, certain kinds of security, certain of the monetary stability, some kinds of privacy, etc. Whatever it is, it might involve some Internet method of trading based on actual commodities, the values of which really never change. A bushel of wheat always makes almost exactly the same number of the same kind of loaves of bread. But the value of even bitcoin can change dramatically and wildly.

What happens if the Internet fails, say, because of solar activity. Society crumbles to some extent. Shrewd and clever ponzi bankers come back again.

Are the people being forced to use the banks? If so, by whom?

It's a lie! The puppet government might have resigned, but the real government - the banks - remain in full force.