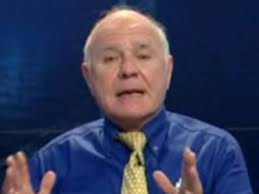 I think we have made an intermediate top, and it could be a longer-term top," he said on "Fast Money."

"I don't think the market is as overbought as it was in '87, so I don't expect a crash. But I think for the time being, the market has peaked out, and I think in the meantime, bonds, which are extremely oversold, could rebound," he said.

"What I maintained in earlier interviews is that either we have a correction now, and then we go up further or we go straight up high in July-August, from where we could crash, so I welcome a correction here," he said. "The question will be, after this correction, we have to watch the market's rebound, whether it can make a new high or not."

Why the Housing Bubble Bust Is Baked In