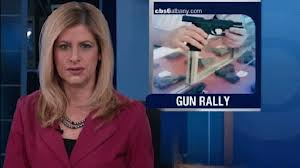 -AMENDMENT II, Constitution for the United States of America

Millions of Americans around the country have planned pro-gun, pro-second amendment, pro- Rights rallys at locations ranging from state capitols, to gun shows, to town centers, to gun-ranges, to the internet.

“A free people ought to be armed” -George Washington

Major rallies against gun registration and confiscation have already occurred and are occurring around the nation, especially in states with the most controlling rulers and laws.

"Who Will Be This Recession's Lehman?"

Col Douglas Macgregor Delivers an Update on Ukraine from a Perspective-

'The Typhoid Mary of Disinformation': Nicolle Wallace. Nobody Spreads it More Relentlessly.

"This Bill Promoted Internet Censorship And Violations of The 1st Amendment"

US Drawing Up Plans To Sink the Russian Black Sea Fleet: Ukrainian Official

Elon Musk Now Has His Own Sex Scandal:

In biggest victory yet, Russia claims to capture Mariupol