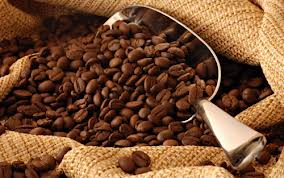 In recent years and decades, scientists have studied the effects of coffee on various aspects of health and their results have been nothing short of amazing.

Here are 7 reasons why coffee may actually be one of the healthiest beverages on the planet.

1. Coffee Can Make You Smarter

Coffee doesn’t just keep you awake, it may literally make you smarter as well.

The active ingredient in coffee is caffeine, which is a stimulant and the most commonly consumed psychoactive substance in the world.

Caffeine’s primary mechanism in the brain is blocking the effects of an inhibitory neurotransmitter called Adenosine.

By blocking the inhibitory effects of Adenosine, caffeine actually increases neuronal firing in the brain and the release of other neurotransmitters like dopamine and norepinephrine (1, 2).

Many controlled trials have examined the effects of caffeine on the brain, demonstrating that caffeine can improve mood, reaction time, memory, vigilance and general cognitive function (3).

We are divided and racing to a conflict that we can't solve ourselves. Politicians are clueless.