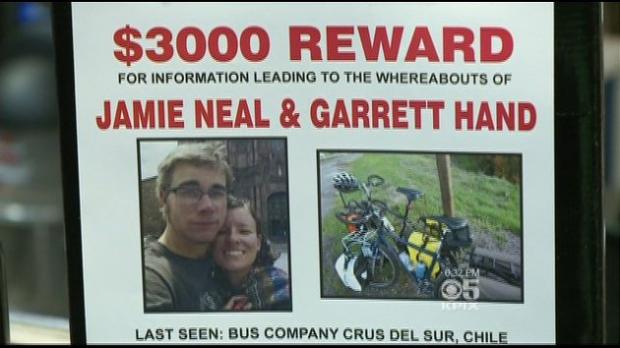 An American couple that went missing on a bike trek through Peru has been spotted "safe and sound," the South American country's top tourism official said Tuesday.

Jamie Neal and Garrett Hand are heading upstream in a small boat on a jungle river, said Jose Luis Silva, Peru's minister of tourism and commerce.

"They're currently in a remote, paradise-like region of the Peruvian Amazon, which is difficult to access," he told CNN.

But even as authorities trumpeted the news, Hand's mother said in a statement that she won't believe it until she hears directly from her son.

"We have not heard from them since January 25, nor have they accessed bank accounts since that time," mother Francine Fitzgerald said. "We have only the worst to consider as to why."

The couple, who hail from the San Francisco area, left last November and began a series of social media posts chronicling the trip of their dreams -- a four-month bike adventure through South America.

"Will be riding my bike in other countries and out of contact for 4 months!" Neal wrote in a November Facebook post before flying with Hand to Buenos Aires, Argentina.