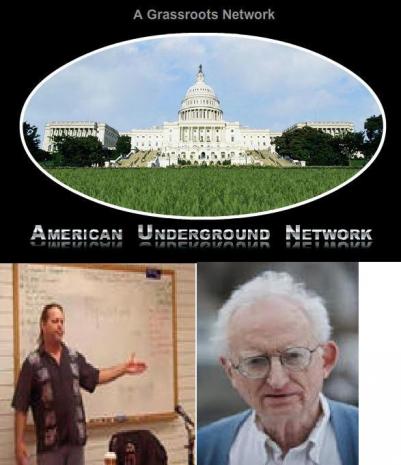 First:
John's recent comments on a recent motion he filed in court in his case:

The attached motions are the latest for my trial. They are primarily for "jury instructions" and are very inclusive. This type of 'report' is VERY important in civil and criminal trials. Most attorneys do not spend enough time on these and get zonked by the judge when the case goes to the jury.

Please read the entire motion so you understand the importance of each aspect. You will also see how obvious the frame job is. In the "jury instruction" parts the italicized stuff replaces the blank so the judge is required to read an instruction for each issue separately.

The concept being at the end of trial the jury will have to weigh each piece of missing evidence separately and then weigh the cumulative affect of so much evidence missing and so many witnesses being intimidated and so many cops lying.

The State's whole case against me is based on Adolph Hitler's theory about telling a BIG lie because people believe BIG lies but don't believe little lies.

Recently in the United States there has been much discussion about increasing gun control to reduce homicide rates.
There has been little or no discussion of all the facts needed to make a rational decision.
I have examined much of the data.
The data and discussion necessary to make a reasoned decision are in the attached document.
The results show the following:
1. In democratic countries similar to the United States, the homicide rate by guns drops dramatically as gun possession decreases.
2. However the overall homicide rate is unchanged.
3. In the United States, which has the highest homicide rate, that rate increases in states where household gun possession increases from 8 to 20 %.
4. There is no way to tell which is the cause and which is the effect, or whether a 3rd factor is the cause of both results.
5. An increase in household possession of guns from 20% to 60% has no effect on the state's homicide rate.
6. Furthermore the gun homicide rate of about 5/100,000 in the United States is only about 8% of the total non-natural death rate of about 62/100,000.
Gun control really is not about homicide rates. The real reason is given in Amendment 2 of the United States Constitution which states:
“A well regulated Militia, being necessary to the security of a free State, the right of the people to keep and bear Arms, shall not be infringed.”
Your President (not mine anymore) does not want you to protect yourself from his tyranny.

Yours in freedom and justice—Julian

Who are the WEF Youth program Leaders??

The Origin and Operation of the US Administrative State

The Central Banks Intend to Lay Claim to Bodies and Minds

Derrick Broze Interview - WEF's 2022 Davos Meeting Reveals Your Future, Whether You Like It Or N

To Blow Up The World, They Need Your Compliance, Not Self-Reliance!

What Happened at the Davos World Economic Forum Summit of 2022?