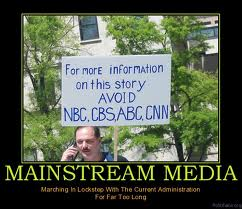 A new Rasmussen Reports poll finds that traditional network news continues to fall as the nation’s source for news. The internet now is a bigger source of news for Americans than network TV, by a point, 25 percent to 24 percent.

Cable TV is still king, with 32 percent of the 1,000 likely voters Rasmussen polled getting their news from that source. Newspapers barely register a 10 percent, and radio is the source of news for 7 percent of the country.

The poll gauged how well the public trusted the media and if they see a bias. On both fronts, it is bad news.

Just 6 percent of the nation considers the national media “very trustworthy,” and nearly half believe reporters are more liberal than they are, said Rasmussen.