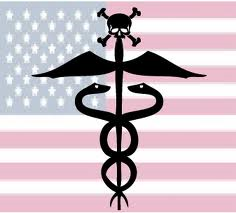 This manner of “legislative capture” is manifesting itself in a host of appalling ways far beyond those listed here. Here are 8 ways corporations are poisoning our food supply, humans, and mother earth.

Sugary drinks, especially soda, run rampant in the U.S., with corporations shelling out millions to advertise to both children and adults. Kids are taking in 7 trillion calories of sugar each year from soda alone, with sodas making up 15-25% of the daily recommended caloric intake for kids aged 2 to 19. Sugar-sweetened sodas can contain upwards of 200 calories per can, but even artificially sweetened drinks should not be considered safe. Several studies show that artificial sweeteners—like cancer-linked aspartame—can contribute to tooth decay, obesity,kidney damage, and depression.

2. Bisphenol A and Other Chemicals in Canned Goods

BPA is a hormone disrupting chemical used in canned goods and plastic bottles. The chemical, which is labeled as “toxic” in other nations, had a chance to be banned of March 2012. In a move that angered activists within the US and even internationally, the FDA ruled against the ban. This ubiquitous chemical has been linked to: