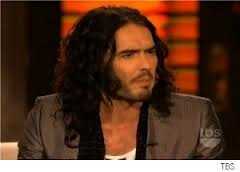 It started with this:

The last time I thought about taking heroin was yesterday. I had received “an inconvenient truth” from a beautiful woman. It wasn’t about climate change – I’m not that ecologically switched on, she told me she was pregnant and it wasn’t mine.

[Sidebar: Does this mean his ex-wife Katy Perry is pregnant with boyfriend John Mayer's baby?]

After hearing the news, Brand got in his car and turned on Morrissey as he wound his way through the Hollywood Hills. But a car ride wasn't easing his pain the way heroin used to, he says.