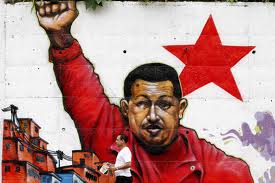 “How did it happen that six leaders of Latin American countries which had criticized US policies and tried to create an influential alliance in order to be independent and sovereign states, fell ill simultaneously with the same disease?” Zyuganov said in comments carried by Russian state television.

“In my view, this was far from a coincidence,” said Zyuganov, the head of Russia’s second-largest political party. He urged an investigation under “international control” into Chavez’s death.

“The old enemies of our fatherland looked for a way to harm his health,” Maduro said, Chavez, who died on Tuesday at the age of 58 after an almost two-year battle with cancer, had himself speculated that the United States may have developed methods to infect its enemies with the disease.

MUST SEE VIDEO: Day 1 of the Abortionist Insurrection -