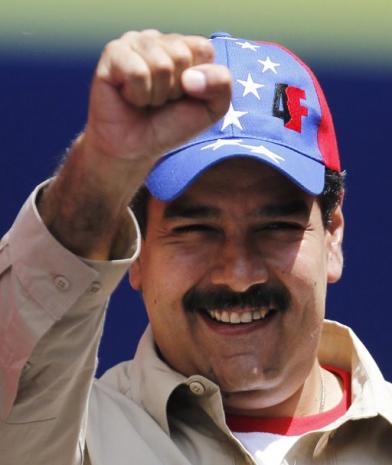 CARACAS, Venezuela Even in death, Hugo Chavez's orders are being followed. The man he anointed to succeed him, Vice President Nicolas Maduro, will continue to run Venezuela as interim president and be the governing socialists' candidate in an election to be called within 30 days.

Foreign Minister Elias Jaua confirmed those plans Tuesday, just hours after Maduro, tears running down his face, announced the death of Chavez, the larger-than-life former paratroop officer who had presided over Venezuela as virtually a one-man show for more than 14 years.

It was not immediately clear when the presidential vote would be held.

Considerable funeral pageantry was expected to honor Chavez, the political impresario widely adored among Venezuela's poor for putting the oil-rich state in their service.

Seven days of mourning were declared, all school was suspended for the week and friendly heads of state were expected in this economically challenged and violence-afflicted nation for an elaborate funeral Friday. No date or place was announced for Chavez's burial.

Reactions to Chavez death as extreme as he was in life Venezuelans in U.S. hoping for change now that Chavez dead Obama: Chavez death opens "new chapter" for Venezuela

Venezuela's constitution specifies that the speaker of the National Assembly, currently Diosdado Cabello, should assume the interim presidency if a president can't be sworn in.