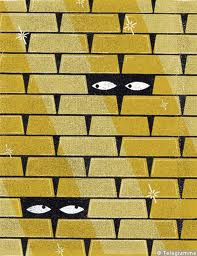 Mexico to audit its gold holdings at the Bank of England ... The Mexican Government Audit Office has issued an official statement, criticizing the Bank of Mexico for not auditing the gold it has supposedly bought and stored at the Bank of England. The auditors ask the Central Bank of Mexico to "make a physical inspection with the counterparty that has the gold under its custody, in order to be able to verify and validate its physical wholeness and compliance with the terms and conditions of dealing with this asset." – Voice of Russia

Free-Market Analysis: The move toward auditing gold holdings is getting more pronounced as we can see from this demand by Mexico in the above article excerpt. German officials have asked the US government for gold repatriation and so has Venezuela. Now it's Mexico's turn to start the process.

The old era in which central banking trust was ingrained in the system is gone now – and the ramifications are many even though they have not yet been felt. Central banks and bankers rely on joint programs and coordinated currency approaches. Without trust, strategies are difficult to create and programs are hard to implement.

This is not a hypothetical observation. As gold prices have moved up and Western currencies have looked increasingly subject to a currency competition, the pressure on politicians to assure gold reserves has increased. Couple this with the overseas storage of much gold reserves, and the situation becomes combustible.

In the case of Mexico, questions have been raised about the country's off-shore storage of precious metals and its ability to take possession if necessary. These concerns have been magnified by Germany's experience. Germany's Bundesbank intends to repatriate a large portion of gold reserves abroad and by 2020 seeks to have at least 50 percent of its total gold reserves at home.

This amount includes 300 tons from the Federal Reserve – which the US Fed may or may not have available. It is unclear, as the Fed refused to submit to an audit of Germany's gold. The apparent tension was compounded by the slowness of the repatriation. Germany will get its gold but not for seven years.

As for Mexico, well ... there is a good deal of paperwork that must be sorted out – and Mexico is in much the same shape as Germany regarding overseas holdings of assets. Mexico's central bank owns gold but it might be considered "paper gold" as the actual physical holdings are not available. Here's more from the article:

In Unearthed 2020 Video, Biden Explains His Plan to Destroy the Oil Industry