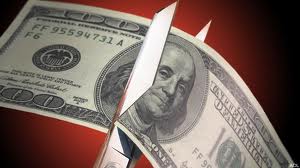 In fact, the U.S. spent $60 billion in its botched and often fraudulent efforts to rebuild the country it invaded, occupied and recast in its image.

“We couldn’t look at every project — that’s impossible — but our audits show a lack of accountability,” Bowen says. “We are not well structured to carry out stability and reconstruction operations.”

That isn’t nearly the whole story of the Iraq War’s expense. Bowen is only looking at reconstruction money, not the cost of military operations in Iraq, which totaled over $800 billion. But on Wednesday, Bowen’s office released a mammoth, final report into the botched reconstruction, which cost the U.S. taxpayers, on average, $15 million every day from 2003 to 2012 — all for dubious gain.

Behind the Façade: Abortion Culture Is a Transhumanist Death Cult