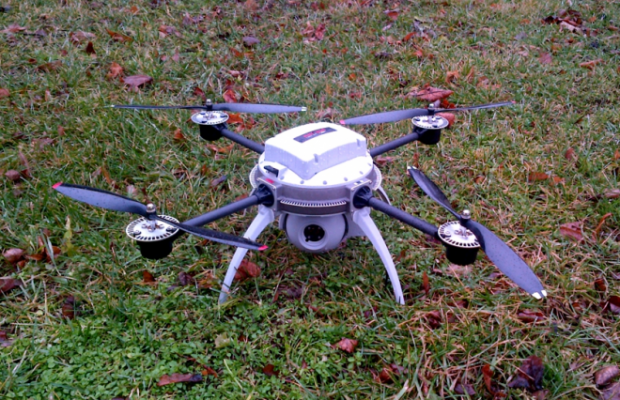 The Flight #608 pilot said he saw the 3-foot-wide drone, with four propellers, at about 1,750 feet Monday, three miles before touching down.

Whether it was a hobbyist breaking the Federal Aviation Administration’s 400-foot-altitude rule or a real spy vessel from the Evil Empire is unknown. Either way, there’s a UFO out there and it came within 200 feet of the plane, the FBI said.

“The FBI is asking anyone with information about the unmanned aircraft or the operator to contact us,” said John Giacalone, the special agent in charge of the bureau’s New York field office. “Our paramount concern is the safety of aircraft passengers and crew.”

A Government Accountability Office report warned Congress last year that its push for drones to become commonplace in U.S. airspace fails to take into account privacy, security and even GPS jamming and spoofing. The GAO, Congress’ research arm, was responding to the FAA Modernization and Reform Act of 2012, signed by President Barack Obama in February, which among other things requires the Federal Aviation Administration to accelerate drone flights in U.S. airspace.

I Got to Ride in a Self-Flying Cessna

It's not over: How to Respond to What the Vaccine Cabal Will do Next

The Future of Solid State Wind Energy - No More Blades

The Hidden Evil Genius who Changed Your World

They Can't Hide the Truth Any Longer about COVID Jabs

Denmark Bars Most People Under 50 from COVID Vaccine. UK and Sweden Protect Children.

Poland In Talks With US About Hosting Nuclear Weapons

Is It Time To Buy Gold?