It concluded diets high in processed meats were linked to cardiovascular disease, cancer and early deaths.

The researchers, writing in the journal BMC Medicine, said salt and chemicals used to preserve the meat may damage health.

The study followed people from 10 European countries for nearly 13 years on average.

It showed people who ate a lot of processed meat were also more likely to smoke, be obese and have other behaviours known to damage health.

However, the researchers said even after those risk factors were accounted for, processed meat still damaged health.

One in every 17 people followed in the study died. However, those eating more than 160g of processed meat a day - roughly two sausages and a slice of bacon - were 44% more likely to die over a typical follow-up time of 12.7 years than those eating about 20g. 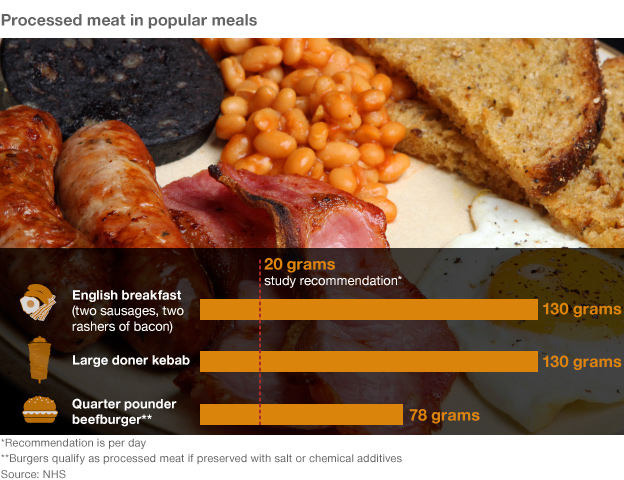