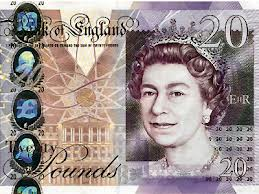 Japan's currency is falling as the new government and the new head of the Bank of Japan are promising A LOT more stimulus to get the country out of deflation.

Britain's currency is falling because the economy is weak, exports are in decline, and it's believed that the incoming Bank of England chief will favor more aggressive monetary policy.

Both have been getting pummeled this year.

And according to Citi's Steven Englander, both have more room to go.

Englander's new now isn't based so much on monetary policy, but on the decline of Japanese and UK exports. He says if weaker currencies are going to help return either of these countries to stages of past glory, then there needs to be a lot more decline.

Is Saudi Arabia In Discussion To Join BRICS?

U.S. attorney general pressed on why lying is allowed for DOJ officers

Something to Think About on the Fourth of July: