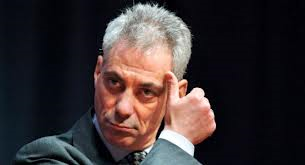 The powerful alderman wants to force anyone convicted of a violent crime with a firearm, including kidnapping, assault, robbery and vehicular hijacking, to end up on the list, which now has 584 names on it of those convicted of less serious gun violations.

Burke said he was shocked to hear the current list had so few names.

"Clearly I felt that there are thousands of offenders that should have been added to the registry," Burke said.

In July 2010, the City Council passed an ordinance establishing a "gun offender registry," similar to a sex offender registry. But the law only requires those convicted of unlawful use of a weapon, which includes illegal possession of a gun among other charges, to register with police.

Burke's plan to expand the list was approved at the City Council's Committee on Public Safety hearing Thursday and is on the agenda in front of the full council Wednesday.