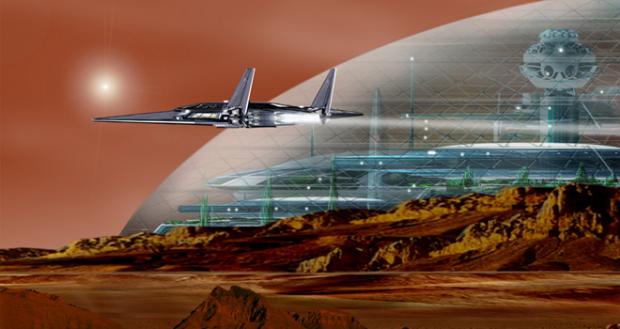 AUSTIN -- Elon Musk says if mankind doesn't make it to Mars by the time he dies, it'll be the biggest disappointment of his life.

Speaking to a packed crowd of several thousand attendees at South by Southwest on Saturday, the founder of Tesla and SpaceX said he might even consider making the journey himself.

For now, he's been focusing his attention on something a bit closer to home. Musk revealed to the crowd that SpaceX is one step closer to developing a reusable rocket, saying the company recently launched a 10-story rocket that burst into the sky, rose 262.8 feet, hovered and landed safely on the pad 34 seconds later using thrust vector and throttle control. To cushion its fall back to the launch pad, the Grasshopper has steel landing legs with hydraulic dampers, plus a steel support structure.

Video of the test, which took place at SpaceX’s rocket development facility in McGregor, Texas, was shown to an enraptured South by Southwest crowd. Musk said it was the first time anyone aside from the video editor and himself had seen the footage, which you can check out below.

"It can land on Earth with the accuracy of a helicopter," he said.

SpaceX, short for Space Exploration Technologies Corp., is trying to prove that the Grasshopper’s technology could be used to develop what would be the first-ever fully reusable rocket. A reusable system could mean big savings in developing and operating rockets. The closest example of a reusable launch system is the retired space shuttle fleet, which were only partially reused after a tedious months-long overhaul.

BREAKING: It's Happening All Over Again!