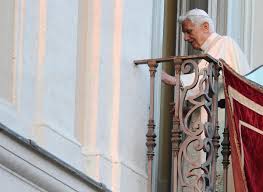 Visit NBCNews.com for breaking news, world news, and news about the economy

As the Vatican waits for a new pope under a cloud of scandal, the journalist at the center of the Vatileaks case is revealing the high-stakes, cloak-and-dagger operation he undertook to protect the butler who went public with the secrets.

Investigative journalist Gianluigi Nuzzi told NBC News' Richard Engel how he met Paolo Gabriele in public squares and used old-fashioned public phones to set up rendezvous to make it harder for anyone to eavesdrop on their blockbuster conversations.

He gave Gabriele a code name -- Maria -- and would leave it on the door buzzer he was to press for meetings in a Rome apartment, Nuzzi said in a "Rock Center with Brian Williams" interview.

"He was excited, he was careful, he was afraid," Nuzzi said.

"Then I understood why: because the Vatican has a very strong security system...Once Paolo Gabriele told me a confidence, which I do not know if it is true. He told me the cameras inside the Vatican as so powerful that they can even read the lips of people."

Their first sit-down, set up by intermediaries before Nuzzi even knew who he was meeting, was a "dangerous encounter," he said.