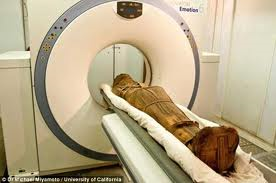 The finding, published in the Lancet medical journal, casts doubt on our understanding of the condition known as atherosclerosis that causes heart attacks and strokes.

"The presence of atherosclerosis in premodern human beings suggests that the disease is an inherent component of human aging and not associated with any specific diet or lifestyle," states the study conclusion.

"A common assumption is that the rise in levels of atherosclerosis is predominantly lifestyle-related, and that if modern humans could emulate pre-industrial or even pre-agricultural lifestyles, that atherosclerosis... would be avoided," cardiologist Randall Thompson, one of the authors of the international study, said in a statement issued by Lancet.

"Our findings seem to cast doubt on that assumption, and at the very least, we think they suggest that our understanding of the causes of atherosclerosis is incomplete, and that it might be somehow inherent to the process of human ageing."

Joe Biden Wired Hunter Biden $100,000 and a Portion Was Used to Pay For Russian Hookers...