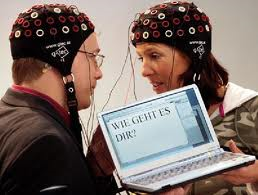 A new wireless brain implant could be an important step toward technology that lets people with mobility problems control a computer or wheelchair with their thoughts.

The implant was developed by a team at Brown University in Providence, Rhode Island. The researchers recently reported in the Journal of Neural Engineering that their fully implantable brain sensor can record the activity of dozens of neurons in freely moving subjects. And they showed that the device continued to work after more than a year in pigs and macaques.

13 Cancers Are Related to This 1 Physical Condition, and It's Only Increasing

How Batteries at Charging Locations Could Charge Every EV Faster

The Link Between Transhumanism And The Metaverse

Airlines aim to shift blame for flight problems to FAA