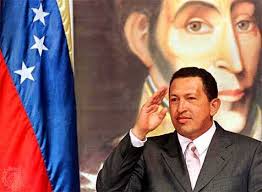 1. Never in the history of Latin America, has a political leader had such incontestable democratic legitimacy. Since coming to power in 1999, there were 16 elections in Venezuela. Hugo Chavez won 15, the last on October 7, 2012. He defeated his rivals with a margin of 10-20 percentage points.

2. All international bodies, from the European Union to the Organization of American States, to the Union of South American Nations and the Carter Center, were unanimous in recognizing the transparency of the vote counts.

3. James Carter, former U.S. President, declared that Venezuela’s electoral system was “the best in the world.”

4. Universal access to education introduced in 1998 had exceptional results. About 1.5 million Venezuelans learned to read and write thanks to the literacy campaign called Mission Robinson I.

5. In December 2005, UNESCO said that Venezuela had eradicated illiteracy.

How To Grow Tomatoes Indoors