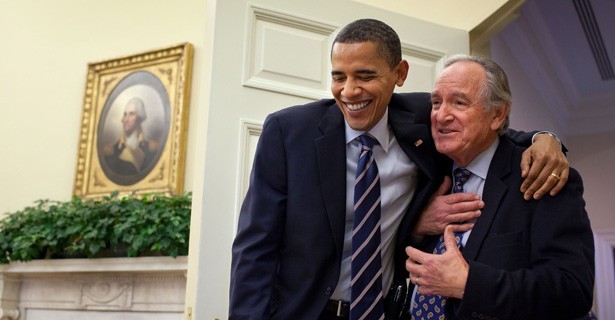 When President Obama proposed raising the federal minimum wage from $7.25 to $9 an hour in his State of the Union speech on February 12, the call came as a surprise to many wage-increase advocates.

Jen Kern, the minimum wage campaign coordinator at the National Employment Law Project, one of the largest advocacy groups on wage issues, says that her organization was consulted only “two hours ahead” of the State of the Union speech.

“We had been pushing him on this for years, since he mentioned it in his campaign in 2008, and never really heard anything from him,” says Kern. “So, yeah, we were surprised.”

“We were given little advance notice,” says Bill Samuel, government affairs director for the AFL-CIO, labor’s main coalition. “I think this is a strategy that the White House has often employed before a State of the Union. I believe that was intentional. It wasn’t a bad motive. I think they decided this should be good news.”

1 Comments in Response to Labor and Allies, Surprised By Obama’s $9 Minimum Wage Proposal, Scramble to Coordinate

advanced notice for the afl-cio? who do they think they are

Situation Update, 5/27/22 - Uvalde massacre was a PLANNED STAND DOWN operation

As usual, Big Pharma is cashing in on all the monkeypox hysteria

Cops TASED Father Trying To Save His Daughter During Texas Tragedy,