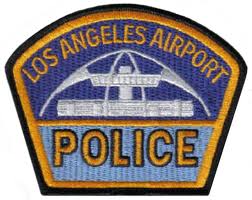 A Los Angeles airport police officer who was fired last May has won his job back after a civil service proceeding concluded that his termination for alleged assault with a deadly weapon was based on overwhelming inconsistencies, weak evidence and erroneous statements.

The city's Board of Civil Service Commissioners decided Feb. 28 that Officer Rodney J. Rouzan, a 12-year veteran of the Los Angeles Airport Police Department, should be returned to duty without any loss of pay or benefits.

None of the six charges against Rouzan for allegedly violating department policies were found to be credible by Judy Gust, the commission's hearing examiner. Gust also questioned the actions of interim Police Chief Michael Hymans, internal affairs investigators and Paula Adams, the human resources director for Los Angeles World Airports. All had a hand in Rouzan's firing.

"I'm happy that justice has been served and the truth has now been exposed," said Rouzan, 34, of Lancaster, who is married and the father of two boys. "It's been a living hell for me and my family. I look forward to again serving the public at the airport police department."

THIS IS TOLERANCE? Christian crisis pregnancy center in Colorado vandalized, set on fire over...