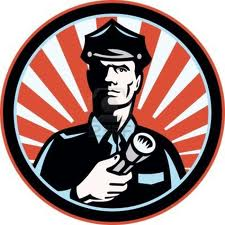 According to the U.S. Bureau of Justice Statistics, 2,266,800 adults were incarcerated in U.S. federal and state prisons, and county jails at year-end 2010 – about 0.7% of adults in the U.S. resident population. Additionally, 4,933,667 adults at year-end 2009 were on probation or on parole. In total, 7,225,800 adults were under correctional supervision (probation, parole, jail or prison) in 2009 – about 3.1% of adults in the U.S. resident population. With the statist establishment criminalizing everything, and the prosecution machine grinding out prison inmates every day, a dedicated “prepper,” gun-owner or survivalist has much to be wary of when dealing with of law enforcement officers.

Obviously, the first bit of advice is to not violate the law. Unfortunately, there are so many laws on the books that almost everyone is a criminal. For more on this point, see Go Directly to Jail: The Criminalization of Almost Everything by Gene Healy and Three Felonies A Day: How the Feds Target the Innocent by Harvey Silverglate. With the new proposals to ban certain capacity magazines and firearms and to seek a universal gun registration system, many people have become concerned that the law abiding citizen will be labeled a criminal by the state.

Stop the press! This former prosecutor says that most look at the police as a friend, protector, that represents safety to the people?  What planet did this man come from?

These nazi drones with guns and badges are the most dangerous element we have in our society today. The only thing they are there to protect is the corporations and their pay checks and it is almost impossible to show someone the truth when their pay checks depend on them not knowing the truth.

The only thing we need to understand when being plundered by these nazi drones is that our life is in imminent danger and we could be seriously injured or even murdered by any of these drones with total immunity.

THEY ARE DANGEROUS CORPORATE THUGS

'Americans are sick and tired of out-of-touch personalities deranged...'

An America where your kids can't afford to keep your money: Middle income families'...