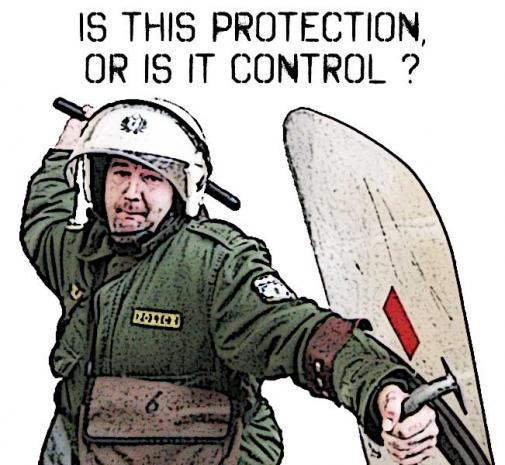 A San Rafael man who punched a California Highway Patrol officer in the head during a chaotic traffic stop was acquitted of battery against a police officer.

Hector Gonzalez, 19, was also acquitted of two other charges, resisting or obstructing police and public intoxication. He was convicted of possession of alcohol by a minor.

His lawyer, Chief Deputy Public Defender David Brown, argued that Gonzalez thought he was defending his brother and a friend from excessive force by the CHP.

The jury reached its verdict late Friday afternoon after two hours of deliberations, and Gonzalez has since been released from jail.

"My client is grateful that the jury realized he was acting in the defense of self and others, and reached a just result," Brown said.

The melee started with a relatively routine traffic stop at about 1:30 a.m. Jan. 13, when two CHP officers saw an SUV run a red light near the interchange of Highway 101 and Interstate 580.

The CHP pulled the vehicle over at the Circle K gas station at 981 E. Francisco Blvd. The officers saw that the car was full of people, including three unbelted passengers in the cargo area, and noticed open containers of alcohol in the car.

What happened next was captured on two video cameras, one mounted to the CHP car, the other held by one of the vehicle's occupants. Jurors were shown both videos, allowing them to watch as the traffic stop spiraled out of control.