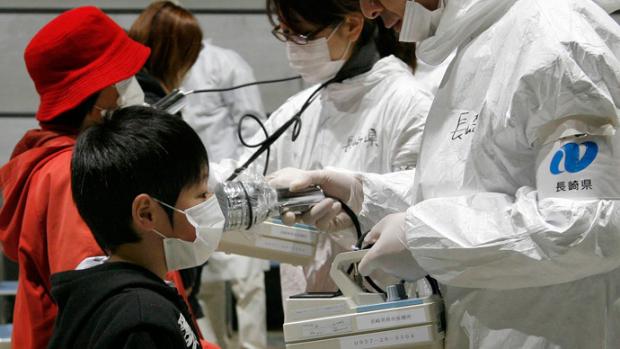 In examining post-Fukushima conditions along the West Coast, researchers found American-born children to be developing similar conditions that some Europeans acquired after the 1986 meltdown of the Chernobyl Nuclear Power Plant.

“Fukushima fallout appeared to affect all areas of the US, and was especially large in some, mostly in the western part of the nation,” researchers from the New York-based Radiation and Health Project wrote in a study published by the Open Journal of Pediatrics.

Children born after the 2011 meltdown of Japan’s Fukushima Nuclear Power Plant are at high risk of acquiring congenital hyperthyroidism if they were in the line of fire for radioactive isotopes. Researchers studied concentration levels of radioiodine isotopes (I-131) and congenital hypothyroid cases to make the association.
Just a few days after the meltdown, I-131 concentration levels in California, Hawaii, Alaska, Oregon and Washington were up to 211 times above the normal level, according to the study. At the same time, the number of congenital hypothyroid cases skyrocketed, increasing by an average of 16 percent from March 17 to Dec. 31, 2011. And between March 17 and June 30, shortly after the meltdown, newly born children experienced a 28 percent greater risk of acquiring hyperthyroidism.