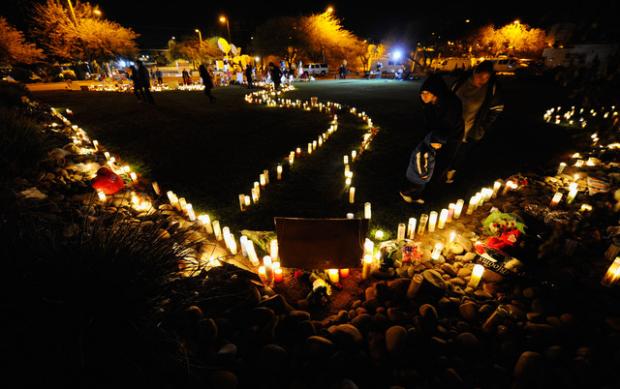 U.S. states with the least restrictive gun laws are among those with the highest rates of firearm-related violence such as homicides, suicides and assaults, according to a study of national crime data.

Eight of the 10 states with the weakest gun-control laws, including Louisiana, Arizona, Mississippi, Montana and Oklahoma, are among the 25 with the highest rates of violence, according to a study by the Center for American Progress, a Washington- based group that favors tougher weapons curbs. Those with the strictest, including New York, New Jersey and Connecticut, were among the least violent, according to a ranking based on 10 criteria.

“While the strength of a state’s gun laws is just one factor in the prevalence of gun-related violence in the state and cannot alone account for gun violence, there is a clear link between weak gun laws and high levels of gun violence across the United States,” wrote Arkadi Gerney, Chelsea Parsons and Charles Posner, the authors of the study.

Gerney is a former adviser to New York Mayor Michael Bloomberg, the co-chairman of Mayors Against Illegal Guns. The mayor is the majority owner of Bloomberg LP, the parent company of Bloomberg News.