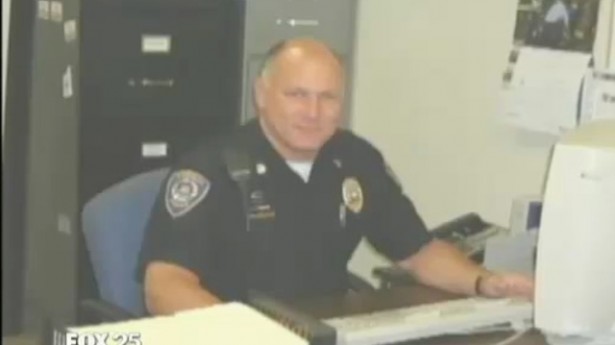 A New Hampshire police chief could have to pay up to $1,000 in fines after a 15-year-old boy killed himself with the officer’s service weapon.

Danville Police Chief Wade Parsons was expected to be charged with one count of negligent storage of a firearm on Friday for leaving his service weapon unsecured in his home, the New Hampshire Union Leader reported.

A State Police investigation determined that Parson had placed his weapon on top of a gun safe and then left the home to run errands while 15-year-old Jacob Carver, who was not the chief’s son, remained in the house on March 11.

Rockingham County Attorney James Reams said that the boy died later of a self-inflicted gunshot wound the the stomach.

“The statute holds you responsible for how you store weapons. It should have gone in a gun safe,” Reams explained on Thursday. “We just looked at the statute and the conduct. There’s no other option but to charge him. The statute reflects society’s concern that if you have a weapon and children, you have to take steps to make sure they don’t have access.”

It was not immediately clear if the weapon was owned by Parsons or the town of Danville, where Parsons has served as police chief since 1995.