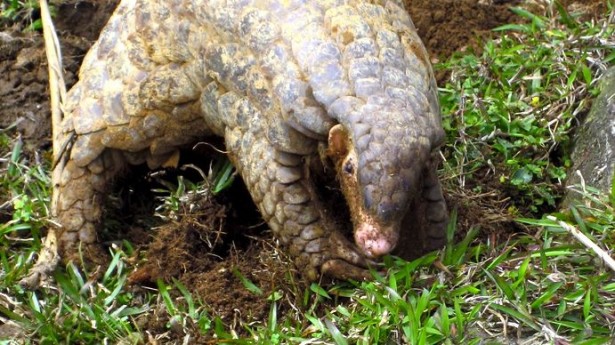 The Philippine coast guard said Monday it had found hundreds of frozen scaly anteaters, or pangolins, in the cargo hold of a Chinese boat that ran aground in a protected marine sanctuary last week.

Wildlife officials have been informed of the surprising discovery, which could lead to more charges for the 12 Chinese men arrested on charges including poaching after their boat was stranded in Tubbataha Reef last week.

“We found 400 boxes containing anteaters aboard the vessel, and we are now determining where these came from,” coast guard spokesman Lieutenant Commander Armand Balilo told AFP.

He could not say whether the pangolins were frozen alive, or had already been butchered as meat.

A protected species, pangolins are widely hunted in parts of Asia for their meat, skin and scales. In China, they are known as a delicacy and are purported to have medicinal qualities.

I SWORE OFF THIS ANIMAL FOREVER... We Just Got 2

8 {PURRfect} Tips for Including Cats in the RV Lifestyle

Girl, 17, who went viral after pushing a BEAR to protect her pets admits...

A TECHNOLOGY RACE TO STOP THE MASS KILLING OF BABY CHICKS

Warm Weather in the Woods: How to Stay Cool When You're Hunting

Would you bee-lieve it? Two honeybees work together to lift the top off a bottle of Fanta

The Dogs Of Covid: Canines Better Than PCR Test At Sniffing Out Virus

DNA analysis reveals North America horses that died out 11,000 years ago were related to...

This speech therapist taught her dog to speak -- here's how you can, too

THE TRUTH ABOUT PASTURING PIGS - what to REALLY Expect