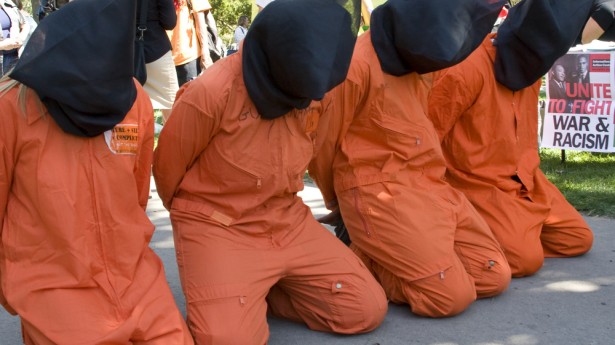 A British hunger striker inside Guantánamo Bay has laid bare the deteriorating conditions of inmates, expressing fears that he and others will soon die as a result of what he described as “systematic torture”.

Shaker Aamer, the last UK resident still held at the camp, claims he is subjected to harsh treatment from guards and denied water, despite being in a weakened state due to severe weight loss, according to a written declaration filed by his lawyer.

He also alleges that the US base will soon be dealing with its first fatalities as a result of the current action: “I might die this time,” he is quoted by his lawyer as saying, adding: “I cannot give you numbers and names, but people are dying here.”

The testimony, seen by the Guardian, will form part of evidence presented at a hearing Monday into complaints from the remaining inmates at the notorious detention camp. Over the weekend, clashes broke out as guards attempted to break the hunger strike, which is thought to have begun on 6 February.

Clive Stafford Smith, director of legal action charity Reprieve and Aamer’s lawyer, spoke to his client Thursday. Their hour-long conversation was written up as a declaration to go before US district judge Thomas Hogan, who is conducting this week’s evidentiary hearing.

1 Comments in Response to British prisoner: ‘People are dying’ in Guantanamo Bay from systemic torture

And why should we believe these claims?  Is there any hard evidence to support them?