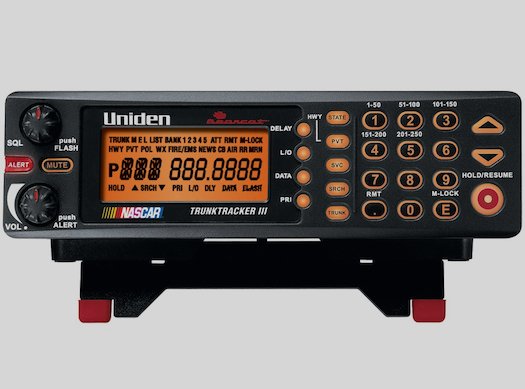 The past week has seen a torrent of information, the majority inaccurate, gushing from the faucets of Twitter and Facebook and Reddit and cable news and tabloids and blog posts. The story has become not so much what happened as what didn't happen; as BuzzFeed notes, the most valuable service a respectable publication can perform right now is not to be the first but to act as Virgil, guiding the public through the morass of information they already have.

In the midst of all this, one of the most difficult sources of information to parse has been one of the oldest: the police scanner. Until this morning, feeds from the Boston Police Department, broadcast over the web and through apps, were publicly available to anyone. Broadcastify, which calls itself "the radio communications industry's largest platform for streaming live audio for public safety, aircraft, rail, and marine related communications," had tens of thousands of listeners. Many of those listeners relayed the chatter they heard to Twitter or Reddit, if members of the public, or through news outlets, if members of the media.

Police scanners seem like reliable sources of information, a direct line to those who know more than anyone else about what's going on on the ground. News reporters and organizations are posting direct quotes from scanners without any equivocation. You could almost see them thinking, "this stuff originates from the police themselves! It must be real!" Some of these channels, which are essentially just like any AM/FM station, are available to the public, or at least any member of the public with a computer (or, in the past, a $100 scanner). Those are mostly calls from dispatch, according to a detective from the Radnor, Pennsylvania police department who chatted with me about how scanners work. "You can hear police calls, fire calls, EMS calls, public works calls," he said. (Radnor is the hometown of Sunil Tripathi, a Brown student who became a prime suspect in the minds of the public for a few hours last night.) Lindsay Blanton, CEO of the company that owns Broadcastify, confirmed that, saying "Our feed provider terms of service restrict the broadcast of any law enforcement communications that are not routine dispatch frequencies and talkgroups."

1 Comments in Response to Should Police Scanners Be Public?

Good read - I sited this in a similar article I created about police scanner encryption: link text