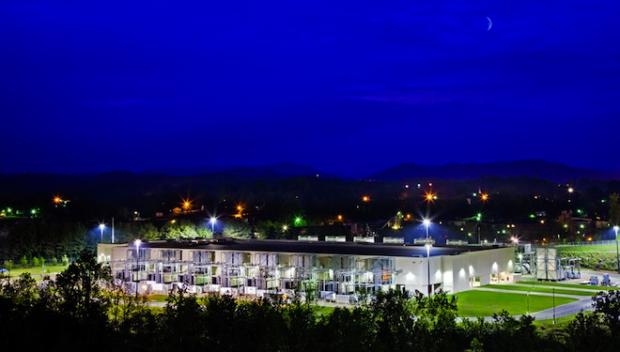 Google has figured out a brand new way to get cleaner power into old-fashioned power grids. It’s hacking the regulators.

The company has cooked up a plan with North Carolina’s Duke Energy that will let companies like Google pay for cleaner energy — something that’s surprisingly tricky to do thanks to the regulatory restrictions in certain states.

Google wants to introduce a new class of product to North Carolina’s tightly regulated energy market that would allow Duke to sell large volumes of clean energy power at a different rate from the rest of its grid. It gives Google a green alternative to Duke’s grid, which is largely powered by coal and nuclear power.

Duke sells power at a variety of rates, which are set by state regulators. There’s one rate for consumers, another for businesses, and still another for large scale users like Google.

If things go well, the new green energy service rate — called a “tariff” in regulatory parlance could be available to Duke’s customers by year’s end. But first, the North Carolina Utilities Commission have to sign off. Duke will file a proposal for the tariff within the next 90 days, says Michael Terrell, senior policy counsel, with Google.

Google has already invested more than $1 billion in wind and solar energy companies, so presumably it already has a pipeline of companies that could infuse green power into to North Carolina’s grid. This new renewable energy tariff will give them a way to actually buy it.

How to Tell If Your Phone Is Tapped: 7 Warning Signs

Part 1: Setting up for Safety!

Is Your Network Secure? 5 Ways to Check Your Internet Connection