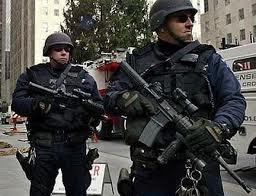 That said, a large percent of the reaction in Boston has been security theater. "Four victims brutally killed" goes by other names in other cities.

In Detroit, for example, they call it "Tuesday".

…and Detroit does not shut down every time there are a few murders.

"But Clark," I hear you say, "this is different. This was a terrorist attack."

Washington DC, during ongoing sniper terrorist attacks in 2002 that killed twice as many people, was not shut down.

Kileen Texas, after the Fort Hood terrorist attack in 2009 that killed three times as many people, was not shut down.

London, after the bombing terrorist attack in 2005 that killed more than ten times as many people, was not shut down.

"But Clark," I hear you asking, "what about the lives saved?"

There is no evidence that any lives were saved by the Boston shutdown.