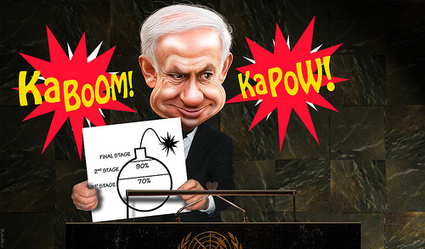 Because the mainstream media outlets continue to treat questions concerning the possibility of false flag terrorism in the Boston bombing as absurd, the alternative media is left with the job of investigating this angle. For those considering this possibility, the evidence of drills is key in determining if the attacks might have been carried out through the establishment bureaucracy. So how likely is it that there were drills being run at the Boston Marathon?

A 2008 article from the Boston Globe indicates that it is very likely, as it explains the value of holding disaster drills during massive events like the Boston Marathon. The article by Arnold Bogis titled, “Marathon as a dry-run disaster” states ”today thousands of runners and hundreds of thousands of spectators are unwittingly taking part in a planned disaster.” While that may sound dangerous, Bogis assures us that the people are not only safe but they are actually making the, “citizens of Greater Boston safer in case of a natural catastrophe or terrorist attack.”

As a former policy analyst for a Department of Homeland Security grant at George Washington University’s Homeland Security Policy Institute, Bogis goes on to explain that organizers see these, “annual gatherings of hundreds of thousands of people” as perfect opportunities to, “evaluate new technologies” and “exercise disaster plans.” He states that to successfully manage the marathon, public safety agencies, “must have relationships…with a diverse set of private organizations” so that, “When a real disaster strikes, these contacts can be called upon to lend needed supplies and other assistance.” He finishes the article by saying:

“Massachusetts is better prepared for a real disaster because every Patriot’s Day and Fourth of July is treated as a ‘disaster.’ Instead of constant warnings about the inevitability of another terrorist attack or natural catastrophe, the public would be better served if this type of local homeland security innovation were promoted and adopted elsewhere.”

Every Patriot’s Day is treated as a disaster? Is there any reason to believe that this wasn’t the case this year? Arnold Bogis updates us in a Homeland Security blog in April of 2011 with an article titled, “The Boston Marathon: In preparedness, the old is new again.” His blog post outlines, “similarities between what (Presidential Policy Directive 8 ) calls for and the actions of Boston officials in preparing for and running the Boston Marathon as a ‘planned disaster.’” He explains: