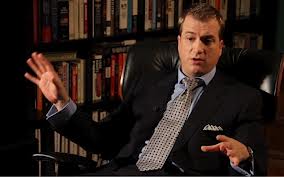 In 2003, Richard Grove filed for federal whistleblower protection under the Sarbanes-Oxley Act of 2002.

In 2006, he released on mp3 a 2-hour public disclosure “Project Constellation: A Message to the Future of America”.

What may have sounded like conspiracy “theories” in 2006 (Data-Mining and Spying on Citizens, The Planning of Financial Catastrophes, NSA/Google, and Corporate  Media partaking in the demolition of our civil liberties), proves today  to be relevant and verifiable historical facts related by Richard during  his public disclosure via Project Constellation, and evident in his continued productions ever since.

Since then, Richard has created more than 500 hours of educational and informative media productions, including a comprehensive conscious curriculum to teach individuals methods for learning anything and everything for themselves (a.k.a. “The Peace Revolution Podcast”).

Some of his more powerful publications include: State of Mind: The Psychology of Control (2013 co-production),  History… So It Doesn’t Repeat (2013 series),  The Ultimate History Lesson with John Taylor Gatto (2012), The Peace Revolution Podcast (2009-Present), What You’ve Been Missing: Exposing the Noble Lie (2010),  20/20 Hindsight CENSORSHIP on the Frontline (2010), and Project Constellation (2006). Richard’s comprehensive film production list from 2006-Present can be found here.

Richard’s 2013 “Tragedy and Hope Trailer / Demo Reel” illustrates his talent for producing media to illustrate the Big Picture which he observed, before retiring from corporate America.

Richard Grove excelled during his time in the public schooling system.  As an entrepreneur, he launched his first business before graduating college;and that experience provided him with the necessary leverage to land a six-figure salaried position as an enterprise software account manager, servicing the world’s largest companies upon graduation.

Despite his impressive resume and successful career in Information Technology servicing Fortune 100 companies and National Security Contractors, having earned his first million dollars before age 30, Richard soon bumped up against reality; for which his years of schooling did not prepare him.  Richard was thrust into an unknown world, where he discovered that the true nature of the corporate world is not one of integrity, voluntary relationships, honest dealing, nor accountability.

Specifically, in 2001, Richard was an account executive servicing his client Marsh & McLennan companies, and worked within the area which used to occupy the 96th through 99th floors of World Trade Center One.  Surviving the catastrophe of the morning of September 11th, which is comprehensively described in Richard’s 2006 public disclosure message titled “Project Constellation: A Message to the Future of America”, he continued to work in his chosen profession, servicing the world’s largest financial clients in New York City.

In 2003, Richard witnessed events which were to have wide-spread effects across companies and individuals (the seeds of the 2007 subprime mortgage meltdown), and took the steps which led to him becoming a corporate whistleblower under the 2001 Sarbanes-Oxley Act, not realizing at the time that he would be terminating his career as a consequence.

He soon discovered that the court system, SEC, and corporate media worked together to block the public from hearing about whistleblower testimony; representing himself in court against a multi-billion-dollar international corporation, as detailed in the film 20/20 Hindsight: CENSORSHIP on the Frontline.

What may have sounded like conspiracy “theories” in 2006 (Data-Mining and Spying on Citizens, The Planning of Financial Catastrophes, NSA/Google, and Corporate  Media partaking in the demolition of our civil liberties), proves today  to be relevant and verifiable historical facts related by Richard during  his public disclosure via Project Constellation, and evident in his continued productions ever since.

Since then, Richard and his fiancée Lisa, have been tirelessly researching and documenting the existing artifacts and evidence of world history; whereby they then produce educational films and podcasts, and together host the Tragedy & Hope online research community. Tragedy and Hope dot com, is named of course after the 1966 book by professor Carroll Quigley titled “Tragedy & Hope: A History of the World in Our Time”.  The purpose of Tragedy and Hope dot com and the book of the same name are practically synonymous, where Quigley leaves off in his brilliant discussion of the history and inter-workings of the elite ruling class and our non-elected leaders; T&H picks up and continues fleshing out how the world really works, and how all of us can learn to think more clearly about it.

Tragedy and Hope creates, produces, and publishes educational content to help adults understand the world they live in and thereby, develop true self-confidence and serenity of mind; our content focuses on history, philosophy, economics, anthropology, science, communications, and every topic which pertains to learning how to survive and thrive in this world.

In 2009 Richard launched the Peace Revolution, a “beyond Ph.D.” curriculum presenting the history and substantial artifacts of how the world *really* works.

In 2011 Richard and Lisa, with a little help from their friends produced “The Ultimate History Lesson: A Weekend with John Taylor Gatto”; released 2012.

In May of 2012 Mark Gaffney published his essential book “Black 9/11: Money, Motive and Technology”, which features the testimony of Richard Grove, as introduced into evidence during his trial as a whistleblower.

In January of 2013 Richard launched “History… So It Doesn’t Repeat“, a video series hosted on YouTube to provide the audience with the primary sources, strategies, and tactics of Cognitive Liberty.