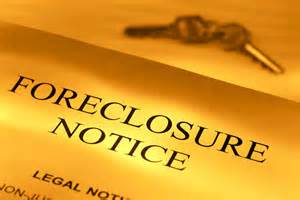 (Mary Katharine Ham) My, this is an unpleasant consequence of Obamacare. I’m not going to call it unintended because in its current form, it potentially earns a bunch of money for states, so I’m pretty sure that’s intentional. What I think is unintentional is anyone noticing this is what they’re up to.

But the Seattle Times noticed:
It wasn’t the moonlight, holiday-season euphoria or family pressure that made Sophia Prins and Gary Balhorn, both 62, suddenly decide to get married.

It was the fine print.

As fine print is wont to do, it had buried itself in a long form — Balhorn’s application for free health insurance through the expanded state Medicaid program. As the paperwork lay on the dining-room table in Port Townsend, Prins began reading.

She was shocked: If you’re 55 or over, Medicaid can come back after you’re dead and bill your estate for ordinary health-care expenses.

The way Prins saw it, that meant health insurance via Medicaid is hardly “free” for Washington residents 55 or older. It’s a loan, one whose payback requirements aren’t well advertised. And it penalizes people who, despite having a low income, have managed to keep a home or some savings they hope to pass to heirs, Prins said.

So, here’s the deal. There used to be a provision whereby the state could recuperate funds spent on a Medicaid patient post-55 years old from whatever assets he owned. So, a low-income individual in nursing home care after age 55 might pass away and his kids would find out the family home or car of whatever he had to his name had to be bought back from the state if they wanted it. It’s called estate recovery, and sounds pretty shady if it’s not boldly advertised as the terms for Medicaid enrollment, which is most definitely is not.

Before the Affordable Care Act’s Medicaid expansion, there weren’t that many people in Medicaid who had much in the way of assets for seizing. But now that Medicaid enrollment requirements have been relaxed, more people with assets but low income are joining the program or being forced into it. For instance, a couple in their 50s who, say, retired early after losing jobs in the bad economy may have assets but show a very low income. Under Obamacare, if their income is low enough to qualify for Medicaid, they must enroll in Medicaid unless they want to buy totally unsubsidized coverage in the now-inflated individual market.