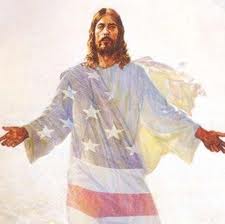 As the great American philosopher Jimmy Hatlo used to say, they’ll do it every time.

Why does corruption in government always surprise us? Why do we expect anything else from it? Government is organized force. It takes our wealth and makes war. And we think honest men would do that work?

Well, honest men have sincerely tried, but look at the results and ask yourself whether honesty has any inherent tendency to prevail in politics. War, taxation, waste, debt, inflation, hatred, hypocrisy, cynicism, social disorder. And also — amazingly enough! — corruption.

As I often say, expecting government to produce good results is like expecting a tiger to pull a plow. After the twentieth century, in which the world’s governments killed hundreds of millions of their own subjects, everyone ought to talk about the state the way Jews talk about Hitler. Yet we still have high hopes for this beast, because, after all, the mighty tiger is certainly strong enough to pull that plow if he wanted to! If only.

1 Comments in Response to Jesus’ Government

There are several reasons why Jesus God wants us to obey the State.

1. The State is bugger than we are. To disobey might harm us.

2. God controls all the governments. We must focus on God, and when we do, He will control the State for our benefit.

3. The Untied States is different. The U.S. wants us to view Obama as a king or dictator so that we have to obey him. It isn't that way. Rather, obey the State (United States) by using it to effectively thwart every bad activity of all the slave-making politicians therein.