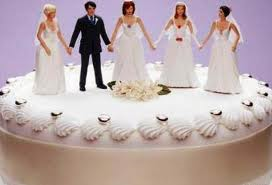 Last week, a Utah judge struck down part of the state’s anti-polygamy law, clearing the way for men to marry multiple spouses.

Methodist pastor Frank Schaefer, defrocked for officiating at the same-sex marriage of his son, refused to recant, and joined a Dupont Circle congregation, declaring from the pulpit to repeated ovations Sunday, “Change is coming” to the United Methodist Church.

Yet these were skirmishes alongside the culture war clash last week over the remarks to GQ magazine of Phil Robertson, patriarch of the clan of “Duck Dynasty,” the wildly popular show on A&E.